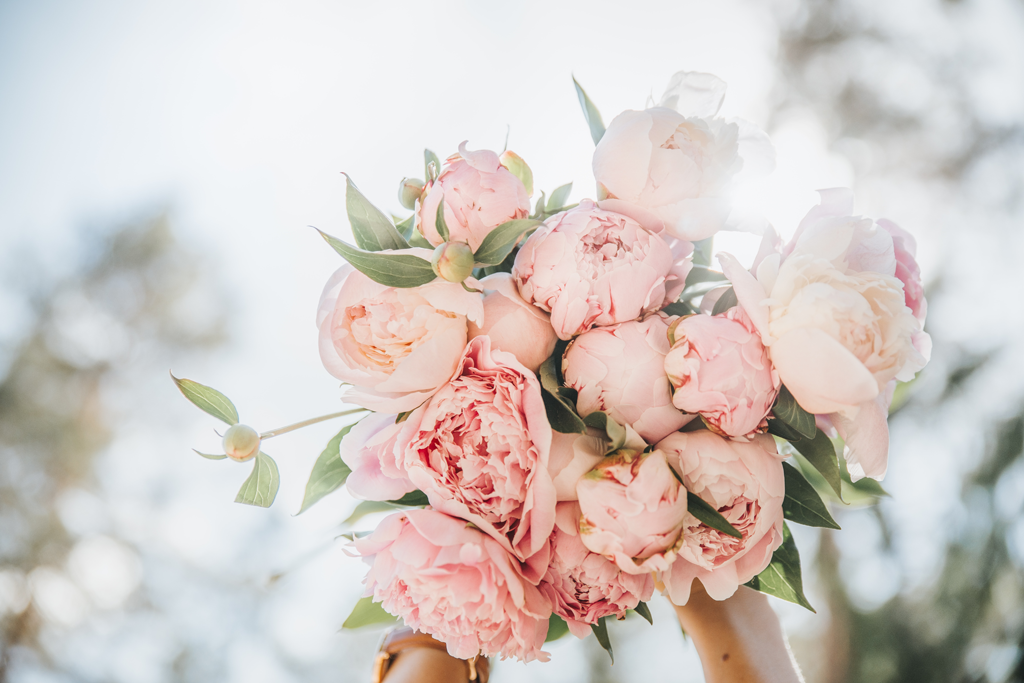 I’ve long been a fan of Gabby Bernstein’s work. Her book, The Universe Has Your Back: Transform Fear to Faith

, has helped many of my clients let go of fear and allow the Universe to do more of the heavy lifting in their lives. Because that’s what happens when you trust the Universe.

So being a fan of Gabby’s work, I can’t even tell you how excited I’ve been for months awaiting the release of her latest. It’s called Super Attractor: Methods for Manifesting a Life beyond Your Wildest Dreams

. Gabby shared snippets of the book on Instagram as she was writing, and with each one I was even more excited to get this book in hand.

I think one reason Gabby’s work so resonates with me is she has always said Abraham and Wayne Dyer have been some of her most influential teachers. Well, I would absolutely say the same is true for me. My life is altogether different and so much better because of the teachings of Abraham and Wayne Dyer.

I’m excited about this book. It blows my mind a book about manifesting is currently on the New York Times bestseller list. I love that a mainstream conversation is taking place about the Law of Attraction and manifesting. Super cool!

I want to share blocks that keep you from being what Gabby calls a Super Attractor.

, I’m going to talk about three that struck a special chord with me. So why these three?

The reason I want to highlight these particular blocks is they are so spot on to what I see in my coaching practice. Clients coming to me for personalized guidance in applying the Law of Attraction often have one or more of these blocks in their lives.

I have personal experience with all three of these blocks. As in, these were all in my way at an earlier point on my LoA journey.

While I’m happy to say I’ve done the work necessary to largely remove these blocks, I’ve noticed they can creep back in if I’m not diligent about keeping my vibration clean.

I think at least one of the three blocks will resonate with you. You’ll realize, Oh, this is what’s been getting in my way of being a Super Attractor!

Diagnosing these blocks is important. Because if you are unaware of what’s blocking your Super Attractor powers, these blocks will continue to lower your vibration and get in the way of what you want manifesting.

So let’s talk about three potential blocks to being a Super Attractor.

The first is what Gabby calls “manic manifesting.”

Don’t you love that term? It’s so descriptive and you can probably already guess what this one might mean and how this block might show up.

“Manic manifesting happens when someone has all the spiritual tools and jargon but forgets the most important part of attraction: to tune in to the Universe. You can say affirmations, pray, and meditate every day and still not attract because your energy is out of alignment. —Gabby Bernstein

Manic manifesting. I am absolutely raising my hand on this one. There was an early time in my obsession with all things Law of Attraction where I was definitely a manic manifester.

The tools and techniques, the affirmations, Creative Workshops, scripting, Focus Wheels, etc. etc. are intended to release resistance and raise your vibration. But if you slip into manic manifesting, you actually add resistance, you introduce friction in your vibration, and you do not improve your point of attraction.

How do you know if you are a manic manifester?

You know by how you feel.

How do you feel when you do whatever it is you do in order to manifest? Before you answer that, it’s a kind of a trick question. Because that isn’t quite the right formula.

Are you actually feeling good? Because if you’re doing this and that and the other to manifest, to get, then you have slipped out of receiving mode. Gabby says manic manifesting is when “instead of allowing yourself to receive, you want to ‘get.’”

The bottom line is you can be doing all the “right LoA things” and still not be feeling good. Well, the Universe is always responding to how you feel—not all those right things you’re doing.

So you may need to dial it down a bit. Don’t be a manic manifester. Be an aligned manifester. Feel good to manifest what you want.

The second block to being a Super Attractor is being a pusher.

Are you a pusher? I know I certainly used to be!

“Pushers are people who try to push and control to reach their goals and feel safe. They believe that the more they do, the more they’ll achieve. They’re trying to ‘make things happen’ rather than allowing themselves to attract naturally.” —Gabby Bernstein

Oh my goodness! That describes how I used to be to a “t”!

Are you trying to make things happen?

We live in a culture that applauds this behavior. We get so many cues and reinforcements that making things happen—the hustle, busyness, efforting—is the only way to get what we want.

So we push and control. We effort and struggle and strive and exhaust ourselves.

When you are a pusher, you do, do, do. All this doing can actually prevent you from attracting what you want to receive.

Long before my re-discovery of the Law of Attraction, I was introduced to this term, “the pusher” in Shakti Gawain’s book Living in the Light: Follow Your Inner Guidance to Create a New Life and a New World

. She described an aspect of herself as “the pusher” who wants her to work hard and accomplish a lot. Back when I first read that, I thought, Yeah, that describes me too. What’s wrong with that?

These days I see the pusher very differently than I used to. These days I know the pusher cuts me off from ease—from feeling ease and manifesting with ease.

The pusher thinks feeling good is to be postponed until I do more, accomplish more, get more, achieve more. The pusher doesn’t believe in feeling good now, but only when I reach some future goal, some To Do list completed, some project done.

But the pusher is never satisfied, and is always pushing feeling good down the road until more gets done. Productivity is everything to the pusher. It doesn’t matter if all that productivity and busyness and doing doesn’t feel good.

“Pushers have a fear-based belief that if they’re not super productive, nothing will happen for them. Little do they know that their pushy energy is blocking their capacity to attract! The Universe doesn’t respond well to frantic energy. Rather, the Universe vibrates at a positive frequency, and to co-create with it, your energy must align with that frequency.” —Gabby Bernstein

Now I want to talk about the the third block to being a Super Attractor: Fear.

“Each day brings new opportunities to lean toward fear or lean into love. While we always have a choice, we often (quite unconsciously) default to fear. The presence of fear is a sure sign we’ve disconnected from the loving presence of the Universe.” —Gabby Bernstein

I’m continually amazed—and not in a good way—by how much more natural it seems for most of us to lean toward fear rather than lean into love. Before you think that might not be true, consider this: Fear is sneaky. It can show up in ways and forms you might not initially think of or label as “fear”.

See if any of these flavors of fear resonate with you.

Most of us have so many fear-based beliefs—about ourselves, about others, about how the world works. We’re living in fear, and as Gabby says, it’s often by default. For many of us, fear feels more normal than the alternative.

Most of us do not live from a sense and a knowingness, All is well.

Fear doesn’t have to be about the monster in the dark. Fear shows up in the limits we place on ourselves. In the limiting beliefs we hold about who we are and what is possible.

Let me share a personal story of leaning toward fear.

The other day my intuition lead me to a really exciting opportunity. Just as I was getting swept up in the excitement and good feelings, fear showed up—big time. Fear showed up and momentarily hijacked my thinking.

Fear is such a downer!

In all honesty, those were thoughts that ran through my mind. They were all a flavor of fear. Fear of being seen. Fear of people not liking me. Fear of wrong decisions. Fear of losing control. Fear, fear, fear.

Now here’s the thing, I observed these thoughts. I knew right away these thoughts were mis-creating because they did not feel good. My Emotional Guidance System was setting off a warning bell—Danger ahead.

The danger wasn’t any of those fear-based scenarios. No, the danger was me choosing to offer a vibration of fear. Fear is at the bottom of the emotional scale. That means fear is not going to attract anything I want. And I know this!

The same is true for you. When you vibrate at the frequency of fear—insecurity, uncertainty, lack of control—you attract more circumstances, people, events, situations, and things into your life of the same frequency. And that’s not what you want.

I made a conscious choice to redirect my thinking and choose thoughts that allowed me to feel excitement about this opportunity. I want the vibration I offer to be at the top of the emotional scale, not the bottom.

Because if I’m feeling high vibe, that’s what I’m attracting. My high vibration makes me a magnet for the expansion and growth and amazing possibilities of this opportunity.

“If something is giving you joy…it’s coming. But if you are afraid, it’s not.” —Abraham

I want to be in joy about this opportunity, not afraid of it.

I invite you to reflect on whether any of the three manifesting blocks are present in your life.

It’s OK if the answer is yes—even to all three. Simply start where you are. It’s the only place you can start.

As I said, each of these manifesting blocks was a personal stumbling block for me early in my LoA journey. So don’t beat yourself up if you’ve been blocking your Super Attractor powers. But also don’t settle for these blocks in your life.

All three manifesting blocks are about your energy: The frantic energy of manic manifesting. The controlling, pushy energy of the pusher. The limiting energy of fear.

If you recognize yourself in one of the manifesting blocks, I invite you to recalibrate your energy.

“When you’re in alignment with the flow of the Universe, you are a Super Attractor creating the life you want and attracting more than you could otherwise imagine simply by choosing to feel good. Life is much easier when you align with the Universe.” —Gabby Bernstein