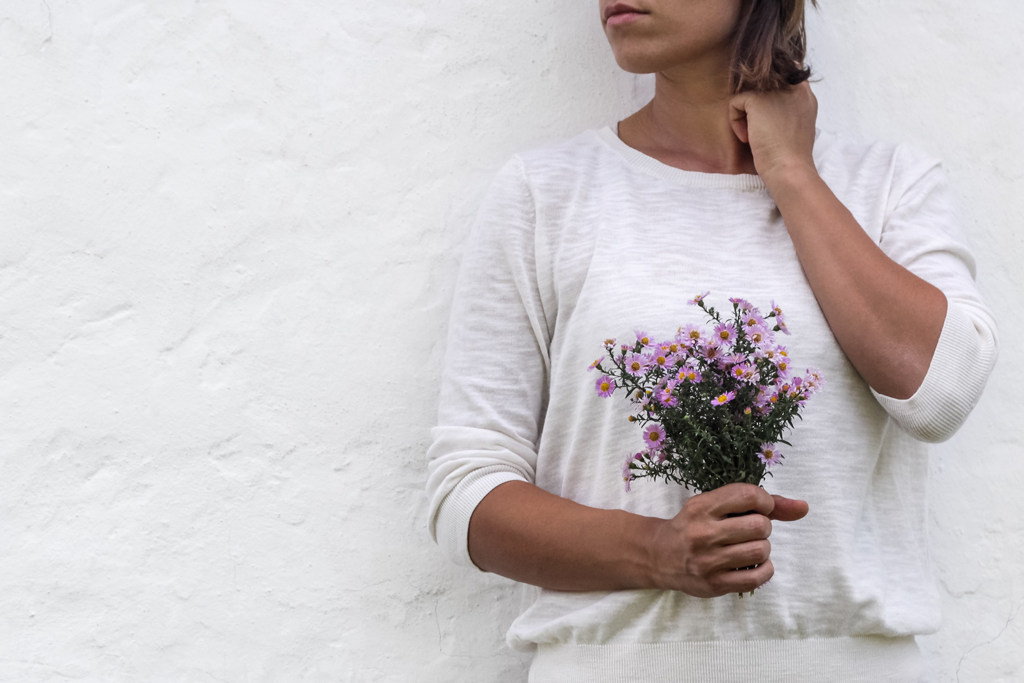 That means your identity, your self concept, is critical when it comes to creating a life you love. What you think and believe about who are you are and who you are not is really everything.

To illustrate what I mean by identity, I’ll share a recent personal experience about an aspect of my identity that’s been mind blowing and life altering.

Before I share my story, let’s shine a light on at least one or two aspects of your identity.

To help you with this, I’m going to give you four prompts or fill-in-the-blanks about your identity. For each of these prompts, simply think about how you would answer. Be honest. You’re not performing here. You’re not trying to sound good or seem a certain way. Just go with what easily and authentically comes to mind.

Now, there’s nothing magical about my specific prompts, so if you have something different in mind, go for it. The idea is to think about how you see yourself.

Because all those beliefs and labels and stories add up to the identity you’ve created for yourself.

Let me tell you about using these prompts about a specific aspect of my life.

And that aspect is exercise, working out, moving my body, about my physical being. Up until a few months ago, here was my identity on this subject, my self concept. And when I say my identity, I mean this was my entrenched, long held, deep rooted, firmly believed view of myself.

I could go on, but you’re getting the idea, right? Those statements, those beliefs, absolutely reflected my identity up until a few months ago.

I want you to imagine the reality those beliefs created.

Because those beliefs created an identity for me, and that identity was then reflected in my reality.

I’m sure you can see the connection between what I believed about myself and what showed up in my reality. I had created an identity for myself by what I thought and believed, and that identity manifested the reality I experienced.

That is the power of identity.

“You rise to a higher level of consciousness by taking your attention away from your present limitations and placing it upon that which you desire to be.” —Neville Goddard

My present limitations were a long-time aversion to exercise, stiff joints and feeling inflexible, and a major disconnect when it came to the body part of mind-body-spirit. My identity was someone who didn’t enjoy exercise and rarely worked out. My identity was someone who didn’t like to sweat and was more at home in front of my laptop than in my own body.

That is who I believed myself to be. But I was ready to take my attention off all my past and present limitations. I was ready for a new identity.

Changing identity is about claiming who you want to be, without any attention or consideration for present limitations.

So who did I want to be? The identity that resonated with me was simply this: Fit and flexible.

I took my attention off present limitations and claimed myself to be the thing I desired: Fit and flexible.

But here’s what often happens. We start to head in a new direction and then immediately negate it with doubt. We don’t believe.

That’s the paradigm backwards. It’s not: Look for evidence and then believe. It’s believe and then see evidence. That’s Law of Attraction 101. Operating in opposition to that principle is never going to yield the results you want.

When you say in frustration, I just am who I am, you are using the always powerful “I am” to stay exactly the same.

You have to embody the new identity of who you want to be in order to attract the reality that corresponds with that new identity.

I claimed my new identity: I am fit and flexible.

To inhabit and embody this new identity, I would need to think and feel and act as a fit and flexible person would. I would need to become this identity before anything in my outer reality could change.

When I made this change at the level of my self concept, from my state of being, everything else flowed in the most downstream, magical way.

My thoughts, my feelings, my actions. And ultimately my results—meaning my reality matching up with my new identity.

I was excited to ask the new version of myself, What would I easily and naturally do as someone who is fit and flexible? I didn’t have to think twice or agonize or second guess. I just knew. Maybe it was my Inner Being who knew and once I claimed and believed in my new identity, I knew too.

Here’s an example of a thought that came with my new identity of fit and flexible: It feels good to move my body. That thought felt freeing and exciting and full of possibility. So that thought generated feelings of freedom and excitement and positive expectation—all high vibe emotions.

“A change of feeling is a change of destiny.” —Neville Goddard

Once I claimed fit and flexible, the Universe started connecting dots and bringing to me resources and people that aligned with my new identity.

Let me share a few examples of the Universe co-creating with me.

I’ve been going to the same massage therapist for years. She’s amazing, an absolute miracle worker. A 90-minute massage with Peri is pure bliss. Well, it just so happens the very person I’ve loved going to for massage for years also happens to be a certified Pilates instructor. I had no idea! The Universe brought this to my attention immediately after I’d claimed fit and flexible as my new identity.

Guess what? I’m receiving personalized Pilates instruction from Peri, and am absolutely loving every single minute. Pilates is fun and expansive, and I’ve experienced so much growth physically and mentally in a very short period of time.

Then, just after starting my Pilates practice, I serendipitously discovered a nearby yoga studio I’d probably passed by a hundred times, but literally never noticed. This yoga studio, my yoga studio, is so high vibe. Just walking from my apartment to the studio gets me in alignment before I put down my mat. I have quickly developed a love affair with yoga. When I’m not at the studio with my amazing teacher Nicki doing downward dogs alongside other yogis, I now have a really high vibe home yoga practice that also feels awesome.

Me, doing yoga…in a class setting? Me, doing yoga at home because I actually want to? How did this even happen? Because I changed my state of being. Because I claimed fit and flexible.

I’ll share one last example. I couldn’t have guessed what might unfold once I claimed fit and flexible. Being comes before doing. I had only my former identity to go by; I didn’t know what this new identity would do.

Well, one day early in my fit and flexible journey, I was leaving from a pilates session and noticed a fitness class going on. I asked the receptionist what it was called. She said, 4 x 7 Burn. The old me would have gone out of my way to avoid a group fitness class, especially one called 4 x 7 Burn. The new me, the fit and flexible me, said, Sign me up! And so I’ve been taking this circuit training class—and it’s been exciting to expand not only my physical capabilities, but what I think I’m capable of.

How did this happen? It happened by putting my attention on who I want to be, without any consideration for present limitations. It happened because I claimed fit and flexible.

My identity, how I see myself, the thoughts I think about who I am and who I am not, have totally shifted.

Shifting my identity means I started naturally acting from that new self concept.

If I’d simply signed up for fitness classes or bought a yoga mat or downloaded a workout tracking app and tried to effort my way with new habits and behavior and actions, it wouldn’t have worked.

Well, it might have worked for awhile, but without changing my self concept—my identity—I ultimately would have stopped going to classes, donated the yoga mat, deleted the app, and resigned myself to being who I was.

That’s because your actions will, in the end, always align with your identity, with your beliefs about yourself.

Taking a bunch of action and trying to stick to new habits and behaviors without doing this mindset and identity work is really going about it the hard way—and ultimately in a way that won’t be successful.

Who do you believe yourself to be?

I imagine there are aspects of your identity that are serving you very, very well. But then there may be other aspects that are clearly not. In other words, there may be things you believe about yourself that are in the way of manifesting you want.

This is an invitation and encouragement to do something about that.

Will you dare to claim your desired identity? Will you take your attention from your present limitations and boldly state, I am…—you fill in the blank.

“Change your conception of yourself and you will automatically change the world in which you live.” —Neville Goddard

What if you could create a new identity that has nothing to do with your old identity?

But all that is changeable. And it’s only by changing your belief about who you are that anything in your outer reality will change.

If you’re looking for a change in your life, don’t start with habits and behaviors and actions to try to compensate for or circumvent what you believe about yourself.

“A change of circumstance happens as a result of a change in your state of consciousness.” —Neville Goddard

When you try to change your behavior and habits, you will always default back to who you think you are.

That’s why it makes so much more sense to start by changing who you believe yourself to be so the rest—your thinking, feelings, and actions—flow from that new identity.

Don’t effort to overcome an existing identity. Instead, change your identity.

As with so many things, start with curiosity, awareness, and desire.

“If you will assume your desire and live there as though it were true, no power on earth can stop it from becoming a fact.” —Neville Goddard

Assume your desire and live there. Claim and live from your new identity.