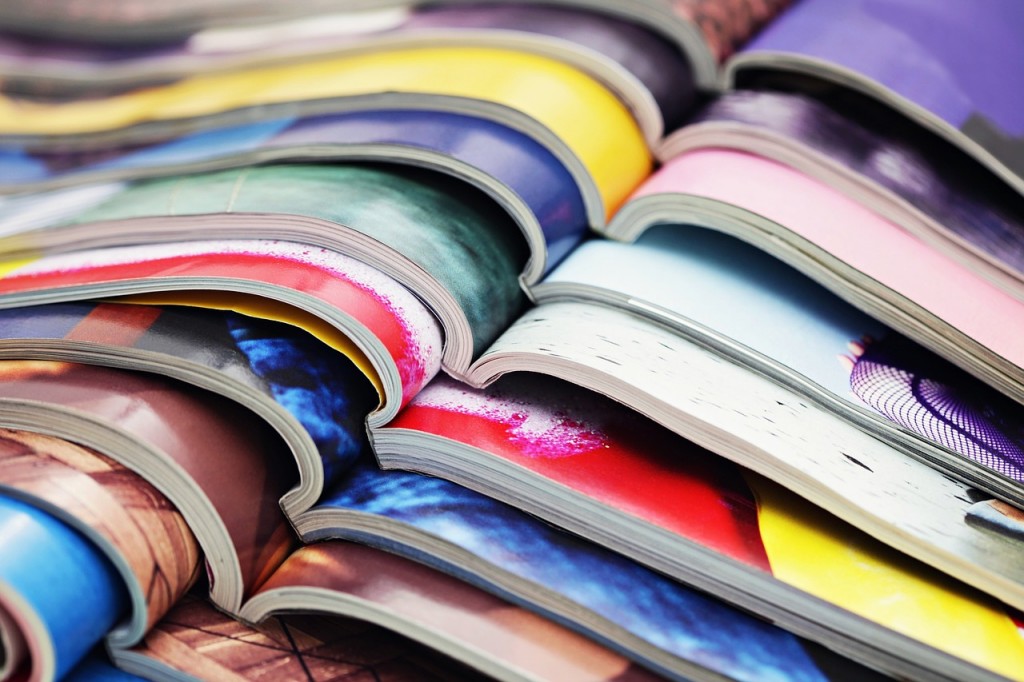 Magazines are so enticing.

You see them on the newsstand with their glossy images of possibility and airbrushed perfection.

You find that little card inside saying you can have a whole year’s worth for only $19.95. Just mail it back on impulse. They’ll bill you later. And if you’re like me, you’ll keep paying and paying.

Here’s what I finally figured out: I could afford the cost of the magazine subscription. What I couldn’t afford was the price I kept paying with each issue that arrived in my mailbox.

All the want created. All the newfound need for things I hadn’t known existed before I turned that next page. All the feelings of not enoughness. That widening gap between Me Now and the Me I Could Be if I bought this, wore that, went there, did that.

This monthly want creation (otherwise known as magazines arriving in the mailbox) went on for years until one day I’d had enough.

And so I canceled all my magazine subscriptions. O and Dwell. Real Simple and More…

They created want with every issue. Here’s how it would go. I would cozy up with the latest issue of whatever magazine had recently arrived. As I flipped through, I would turn down a page corner for some product I didn’t know I needed, some outfit I now must have. And while I knew I was being marketed to, I simply couldn’t seem to resist. Which meant at the end of reading a single issue, I’d have a shopping list. I finally realized the only way to stop creating “need” was to stop the magazines.

They demanded I keep up. Sometimes a magazine arriving in the mailbox was a delight. I’d practically squeal in anticipation of flipping through its pages. But other times they’d start stacking up. I’d be consumed with some work project or more interested in reading a book… and pretty soon I had a backlog. There’s nothing less interesting than reading about the perfect holiday gifts when you don’t get to the issue until February. I decided I didn’t want my magazine rack to be a taskmaster about how I spend my time.

If you’re a magazine subscriber, do they create “needs” and wants you didn’t know you had? Do you ever get stressed if you fall behind and magazines start to pile up?