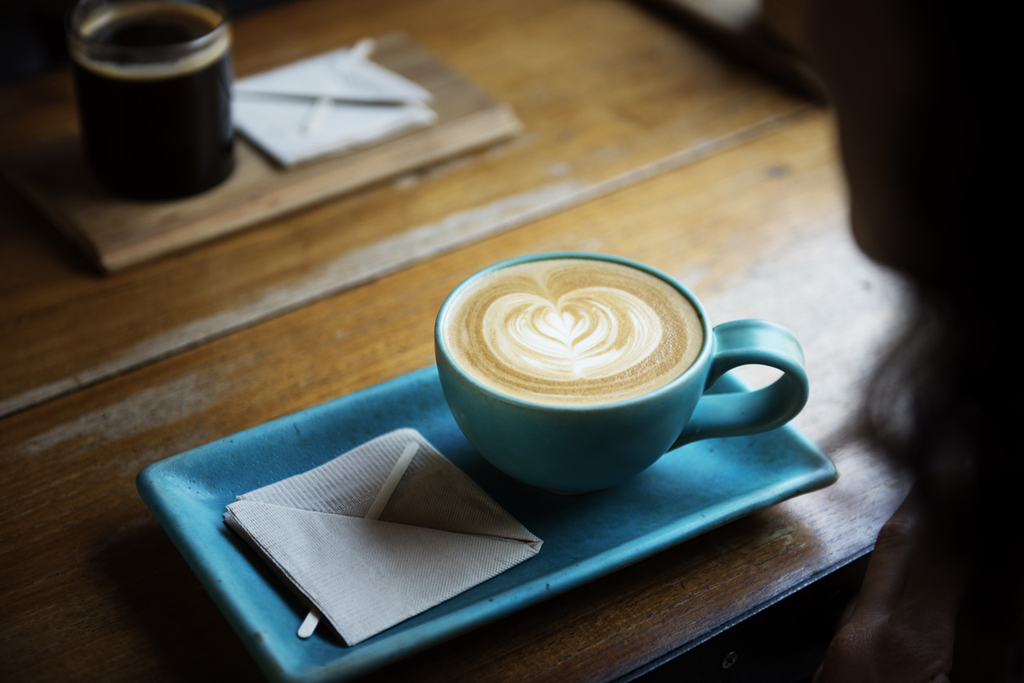 Well, first let me say: It’s not a problem—unless you make it a problem.

In fact, instead of being a problem, it can actually be a good thing. Here’s why: Getting in alignment is about feeling good.

The only way you know if something feels good is if you’re checking in with yourself. If you’re bringing awareness to your inner world of feelings. If you’re paying attention to your built-in Emotional Guidance System.

If you’re on autopilot, just going through the motions of your day, never bringing awareness to how you feel, you won’t know if you’re in alignment or not.

But let’s start with an important distinction.

I hear so many of my clients talk about the morning routine they’ve tried to establish. Perhaps getting up early before the rest of the family, having a little quiet time to themselves, reading something or exercising, meditating or doing something creative.

The problem surfaces, though, when they are trying to be disciplined about their morning routine rather than being joyful. In other words, at some point, discipline becomes the focus of what they do each morning rather than actually enjoying what they’re doing.

Let’s say Jane starts off with the best of intentions about these things she thinks she “should” incorporate into her life, so they become the basis of her morning routine. And she tries so hard to stick to them, perhaps even checking them off a list or writing them in a journal each morning.

But at some point, the joy is gone.

Maybe it wasn’t even there in the first place. Jane says, I need to exercise so I’ll do that for 30 minutes in the morning as part of my morning routine. I dread it, I hate every minute, but I’m doing it.

The problem is we have this really strange notion that we really shouldn’t make feeling good a priority. Which I think is kind of crazy.

I happen to think you should make feeling good a priority.

Alignment is about feeling good. It’s not about ticking off a list or doing things you “should” do.

“Anytime you feel good, you’ve found vibrational alignment with who you are.” —Abraham

So let’s be clear an alignment practice could very well be your morning routine. Because you do it in the morning. But it’s the routine part that is probably going to become an issue.

Hmmm…regularly followed, fixed program. Well, that is very likely going to bump up against alignment at some point. Because the things you do today that get you in alignment, that feel good, may not “work” tomorrow or next week or next month.

This happens to me all the time now.

And then slowly over time or swiftly from one day to the next, it just doesn’t feel so good. It feels more like autopilot and going through the motions. I don’t feel the joy I felt before. Maybe what I’m doing even starts to feel like I’m doing it with a little friction.

The first time this happened I was perplexed and a little worried. I thought Oh no, I can’t get in alignment anymore! Talk about catastrophic thinking!

Since that first time, this experience has replayed itself. Again, I’ll have a beautiful alignment practice for a few weeks or even months, and then it stops working.

And now I totally roll with it. In fact, I see it as a gentle wake-up call from the Universe encouraging me to stay awake. To recognize life is always unfolding and I’m a growth-seeking Being. So it just makes sense that alignment will be open to change.

The things of yesterday may have a place in today, but they may not. And that’s perfectly OK.

Being present to your alignment practice means you stay in touch with what is actually bringing you joy today, now, in this moment. Not necessarily what worked before. Or what you think should bring you joy.

For instance, I’ve gone through periods of time where reading Abraham and highlighting passages that resonate is what brings me so much joy. I mean it feels so aligning. But it doesn’t always.

This practice of reading and highlighting was a big, big part of my alignment when I first became obsessed with Law of Attraction. And I thought I would always do it. I loved it so much and it felt so amazing.

I was too new at that point to realize, of course, my alignment practice would change over time. Now I think, Oh Jennifer, how sweet and funny you thought you would be doing anything forever.

Even dark chocolate lately, which is another one of my go-to alignment practices, hasn’t been feeling the same. And so there have been days where I don’t have any dark chocolate. For those who know me well, this is a shocking turn of events.

Her approach to getting in alignment always included writing in a journal each morning about what she appreciates.

This practice had always felt so good to her. Appreciation and love are at the same vibrational frequency. Spending time each morning focusing her attention on appreciation never failed to get her in a wonderful-feeling state.

My client shared at some point she wasn’t actually feeling appreciation when she went through the motions of writing in her journal, listing things of appreciation. It had become rote, routine. She felt she “should” be appreciative of X, Y, and Z, so that’s what she wrote down.

But emotionally she wasn’t feeling it.

Then she created a problem by sticking with her routine. She wasn’t feeling appreciation when she wrote in her Appreciation Journal, but she kept doing it.

Instead of feeling appreciation, she said, I felt obligated. I felt boredom.

On top of those feelings, she started to feel irritated and frustrated that what she was doing wasn’t working. It wasn’t making her feel good anymore. Then on top of obligation and boredom, irritation and frustration, she felt disappointed in herself and guilty she wasn’t being appreciative.

Oh my! Can you see how trying to stick to a particular alignment practice that’s no longer working is only going to mess up your point of attraction?

Believe me, obligation, boredom, irritation, frustration, disappointment and guilt are not the feelings you’re going for. That’s not the vibration you want. So if trying to get in alignment in a particular way is making you feel gunky emotions, hit the pause button. Because you, my friend, need a new alignment practice.

When you get in a good-feeling state, your point of attraction attracts what you want. You’re attracting more into your life to feel good about.

But when you try to force alignment—which is just never going to happen—you throw yourself out of alignment, which negatively impacts your point of attraction. That is so not what you want!

“Your dominant intent is to be joyful. The doing and the having will come into alignment once you get that one down.” —Abraham

Judging creates friction in your vibration

One thing I’ve noticed for myself is I don’t judge what gets me in alignment. I’ll give you an example.

I used to wish meditation was my thing. It sounds so cool. I want to be hip enough to be someone who meditates. And I’ve heard from so many people who’ve shared that meditation is one of their absolute go-to alignment practices.

And it’s just not for me. Now, that doesn’t mean it won’t be tomorrow or next month. But for today, meditation is not something I do to get in alignment.

But you know what is? Sometimes, watching a Law & Order rerun totally gets me in alignment.

Now, if I’m going to judge, I’m probably going to give a big thumbs up to meditating and a big frowning face for Law & Order reruns.

And when I first started down this Law of Attraction road, I did judge. Not so much what others were doing, but what I was doing or not doing. I didn’t always think what I was doing to get in alignment was “enlightened enough”.

But I pretty quickly figured out you can’t fool Law of Attraction.

How you really feel is what LoA responds to. Not what looks good from the outside. Or what is most popular. Or what the cool kids are doing. Or what seems enlightened.

So here’s what I encourage: Don’t judge what gets you in alignment. Because that just introduces friction in your vibration.

And, let me tell you, there is something very freeing about letting go of self-judgment. And since freedom is at the high end of the emotional scale, well…you probably know where I’m going—not judging what gets you in alignment just amplifies your alignment.

“I am willing to get up every morning for the rest of my life and practice being in alignment.” —Abraham

The invitation here—the skill you are building—is to become good at getting in alignment. To pay attention to how you feel and head in the direction of what feels good. And, of course, to be flexible about and adaptable with your alignment practice.

Here are 7 tips to help you with your alignment practice: