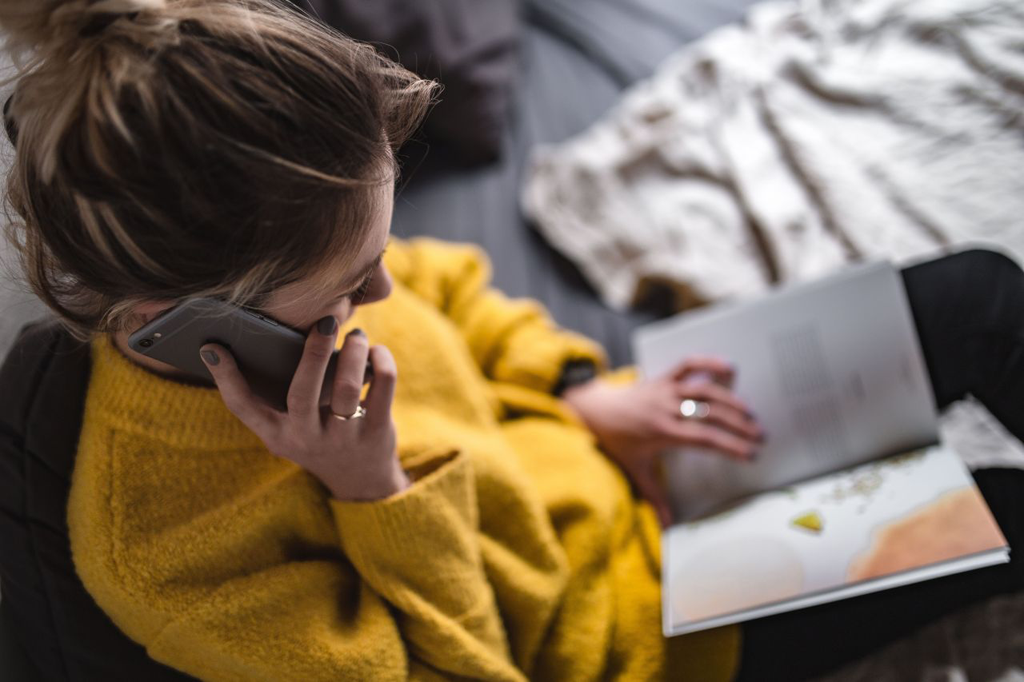 One of my superpowers is detecting limiting beliefs. In the context of Law of Attraction, what I mean by a limiting belief is a belief that does not support what you want to manifest.

Because here’s the thing: You can only attract and create what your beliefs support.

So I would say any belief that is contrary to what you are trying to manifest in your life is a limiting belief.

If not, you probably have beliefs that are contrary to what you want or you could have the absence of a belief you would need in order to create what you want.

Those are typically the two types of limiting beliefs I see: Beliefs in opposition to what you want or the absence of a belief you need—or both.

Again, you can only create what your beliefs support.

Now, what I’ve noticed is we give way too much weight to that word “belief”.

It’s like once we start talking about beliefs, it’s gets weird. Oh, I’ve had this belief forever. Oh, I just believe what I believe and it can’t be changed. I have no idea how I could believe differently.

There’s this simultaneous putting beliefs on a pedestal where they are untouchable, unchangeable and at the same time this kind of learned helplessness around how to actually go about changing a belief.

I want to take this concept of belief down a notch or two.

What I mean by that, is a belief has no extra weight or validity or truth to it. That’s the case regardless of what the belief is, how long you’ve had it, how many other people believe it too.

Beliefs do not belong on pedestals.

No, a belief is simply a practiced thought. That’s all. A belief is a thought you’ve gotten really good at thinking.

And so there’s no reason to put a thought you’ve been practicing on a pedestal and tell a big story about how hard it is to change it. Oh, I’ve had this belief for a long time. Everyone in my family believes it too. It would be really hard to change this belief.

Nope. I’m just not buying any of that.

I’m choosing to believe that a belief is simply a practiced thought. And if it’s a belief that isn’t supporting what I want to create, I am highly motivated to practice a new thought into a belief that does allow the manifestation of what I want.

Here’s the bottom line: You can create new beliefs by thinking new thoughts.

You can practice new thoughts into a belief.

Always remember: Law of Attraction will make your beliefs “true”—in other words, your reality. Or another way to say it: Your reality will always reflect what you believe is true.

Really let that sink in. Because knowing and embracing that is so expansive.

Your reality reflects your beliefs.

If you want your reality to be different, then you likely will want to release some of your beliefs and create at least a few new ones.

“A belief is only a thought you continue to think; and when your beliefs match your desires, then your desires must become your reality.” —Abraham

One of the things I want to do is help you shine a light on your beliefs. The beliefs you hold that have created your current reality.

To do that, I want you to look around at your reality. Remember: Your reality will always reflects what you believe is true. What would your beliefs be to have created what’s in your life right now?

That is a really juicy question.

It might be helpful if I share a few themes to help you connect the dots between your beliefs and the reality you have created with those beliefs.

What are your beliefs about scarcity? Do you have beliefs like: What I want isn’t out there. Someone else already has what I want. There’s not enough to go around.

If you have beliefs of scarcity, then the reality you are living will reflect that.

What are your beliefs about time? Do you have beliefs like: There’s not enough time. It’s too late for me. I need to manage my time better.

What are your beliefs about your past? Do you believe: Because of something in my past—my divorce, my parents, my choices— what I want isn’t possible. Because of my past, it’s hard for me to manifest what I want.

What you believe about your past will be reflected in your current reality. I’m not judging what your beliefs are. I’m simply asking: Do your beliefs support the life you want to create?

What are your beliefs about others? Do you have beliefs like: This is the way it’s done. I need to do it the way others are doing it so I fit in. I need others to behave a certain way so I can be happy.

Your reality will reflect the beliefs you have about others. I think we all have an opportunity with this one. Because most of us seem to have a whole lot of beliefs about what we need to be doing so we can be like others and what others need to be doing so that we can feel good.

What are your beliefs about worthiness? Do you have beliefs like: There’s something about me that’s wrong or lacking. I’m deficient in some way. Who am I to want or deserve this?

Hopefully those themes I just shared have helped you reflect on your beliefs, and perhaps have helped you see you have beliefs that reflect a flawed premise, a distortion.

Of course, my topics are not exhaustive. You have beliefs, limiting and otherwise, about many other subjects and on many different themes.

You can ask yourself what your beliefs are on any subject. Then ask yourself: When those beliefs show up as my reality, is it the reality I wanted to create?

Because have no doubt what you believe is showing up in your reality. The easiest way to have your reality be different, to reflect what you prefer, is to change your beliefs to support the reality you want to create.

Know this: Beliefs are a choice.

Beliefs are always a choice. Every single one. And that applies to the ones that serve and support you and to the beliefs that don’t.

For instance, I choose to believe in abundance and so abundance flows in my life. What I believe in shows up.

The other day a client realized she has a belief that she needs to be guarded in a relationship so she won’t be hurt. Well guess what? Those are the relationships she attracts. Her belief about the need to be on guard plays itself out in her relationships. That belief is getting in the way of the relationship she truly wants to manifest.

“You create your own reality. Reality is just a figment of your imagination. Law of Attraction will bring you evidence of everything that you believe. A belief is just a steady, chronic transmission of vibration.” —Abraham

I like that way of thinking about a belief. Whether it’s a belief that serves and supports you or one that doesn’t, a belief is a steady, chronic transmission of vibration.

If there are aspects of your reality you would like to be different, I invite you to change the steady, chronic transmission of vibration you are offering

“It is that you do not allow because you do not believe. What you believe regarding anything that you want is extremely important—for you will allow only within the boundaries of your beliefs. And so, in many cases your beliefs must be altered to harmonize with your intentions.” —Abraham

You only allow what is within the boundaries of your belief. So let’s get practical.

To create a new belief that serves you and supports what you want to create, I think it’s very helpful to begin by looking at your current beliefs.

Again, let’s not make beliefs something up on high that feel unattainable to even wrap our minds around or change.

I know for me beliefs used to feel that way. But when I learned a belief is just a practiced thought, and so I brought it down to the thought level, it made this concept of creating new beliefs so much more doable, so much easier.

If you answer those types of questions on more than just a superficial level, you will have clarity about what kind of belief work is yours to do. If you try this on your own and get stuck, schedule a coaching session with me. In one session we can shine a light on your limiting beliefs and come up with thoughts that would better serve and support you.

I’ll give you an example from my life.

A couple years ago I discontinued packages for my coaching sessions.

Packages, so six sessions or 12 sessions or whatever number, are the norm in the field of coaching. And in the years of my coaching practice up to that point I had always offered packages of some form. So you would buy a three pack of sessions or you would work with me twice a month for six months.

Coaching packages were one of the things that no longer felt joyful to me, if they ever had.

But as I thought about discontinuing them and offering schedule-as-you-want coaching—meaning schedule a session with me whenever it feels like the high vibe action you want to take, I hesitated. And here’s why…

I had underlying beliefs about coaching packages. Beliefs like…

If I were to stay hooked into those beliefs then I would not have discontinued packages for my coaching practice.

But I wanted the joy and freedom I felt when I thought about schedule-as-you-want coaching.

I needed new beliefs to support what I wanted to manifest—a feeling of freedom and joy in my abundant coaching business.

I needed thoughts I could practice into beliefs that would support what I wanted to manifest: Joyful, abundant schedule-as-you-want-coaching.

Those old beliefs did not support what I wanted to create in my life, in my business.

So I swapped them out for new beliefs. Beliefs like…

This example is personal to my life and coaching packages, of course, are not the point.

First, identify existing beliefs that don’t serve and support you.

Second, be really open and curious about what new beliefs—again, those will just be thoughts you practice thinking—what new beliefs would create the reality you want.

Here’s what I would like to offer: When you think thoughts that don’t support what you want to create in your life, you don’t feel good.

When you think thoughts that do not support what you want to manifest, you feel negative emotion.

I want you to consider, then, that this practice of creating new beliefs, in many ways, is simply back to Law of Attraction 101: Reach for better-feeling thoughts. Think thoughts that feel good when you think them. Don’t indulge in thoughts that create negative emotion in you.

When you think thoughts that support what you want to manifest, you feel good. You feel positive emotion.

As always, your built-in Emotional Guidance System is guiding you to thoughts that serve and support you. And as you practice good-feeling thoughts, the steady, chronic vibration you offer with those new and improved beliefs creates a reality that matches up.