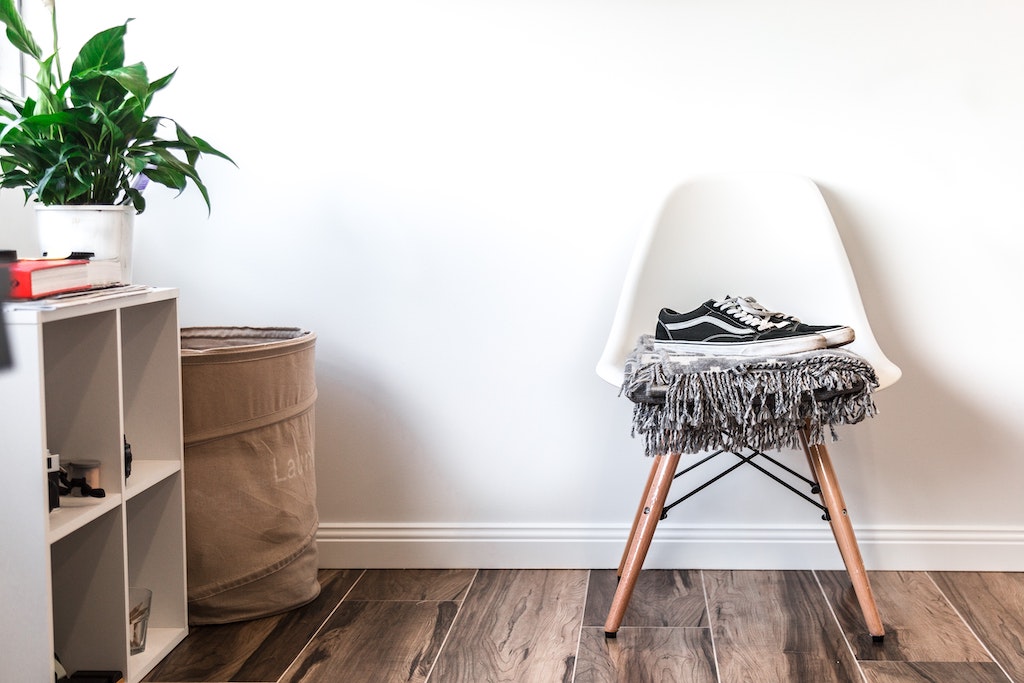 Most of us want to answer, No, of course not! Why would I go against the very thing I want? Why would I do anything to prevent what I want from happening?

But many of us are doing just that. We are inadvertently or unwittingly offering resistance when it comes to what we want to manifest.

I’m going to share five forms of resistance I commonly see with my coaching clients. As you learn about these types, check in with yourself to see if what I’m describing could be getting your way when it comes to manifesting what you want.

The first type of resistance is what I call: Pushing against

This type of resistance usually shows up when you are pushing against what is unwanted.

If your attention is on the unwanted situation, even as you are pushing against it, you are inadvertently telling the Universe, Yes please.

“So long as a man resists a situation, he will have it with him.” —Florence Scovel Shinn

“That which you resist stays.” —David R. Hawkin

I was recently talking with one of my clients about this type of resistance, and she shared her personal story of resisting a toxic work situation.

In hindsight my client could see she had been fighting against the environment at work, pushing against it.

My client said she felt like she was in a constant fight against what she disliked about her workplace.

Eventually she left that company and took a new job with a new employer. Guess what? My client found herself once again in a very similar toxic work situation.

This is because, as Abraham says: “Every time you point at what you don’t want to keep, you keep it.”

Of course, my client didn’t want to keep the toxic work environment. At the time, though she didn’t realize the vibrational role she was playing in creating what unfolded.

Bottom line: So long as you push and rail and give energy to what is unwanted, you prevent wanted from manifesting.

“The only way to get what you really want is to let go of what you don’t want.” —Iyanla Vanzant

Let go of what you don’t want. The way you shift from resistance to allowing is to let go of what is unwanted and turn toward what is wanted.

The second type of resistance is about how we view so-called obstacles we encounter along the path to what we want.

Because the way we look at so-called obstacles can really ramp up the resistance. Most of us are quick to point to things and label them obstacles. We see obstacles as bad, as unwanted. An obstacle is a problem, something getting in the way, hindering, slowing down your manifestation.

Obstacles then are something to overcome.

You’re probably nodding your head yes. And perhaps you’re wondering where I’m even going with this. I mean, an obstacle by its very definition is a thing that blocks one’s way or prevents or hinders progress.

So that’s got to be bad, right?

Well, Law of Attraction has a different perspective to offer. And it’s a perspective that can fundamentally change how we look at what we would have called obstacles.

“When we ask you to surrender to the flow of well-being and you picture a river flowing, there are banks that could be seen as the resistance that is necessary for the flow of the stream. All of it is necessary, isn’t it? So some resistance helps you to focus in your decision of what you want. And it isn’t any bigger than that. Don’t make it any bigger than that.” —Abraham

So let’s look at what Abraham is saying.

Let’s apply that river banks analogy to you and your desires, to what you are wanting to manifest.

When you encounter an obstacle on the pathway to your manifestation, that resistance is the river bank. It’s helping you focus in your decision of what you want.

The pre-LoA version of me was such a problem solver. I so identified with being able to spot and solve problems. And so, of course, Law of Attraction brought lots of problems to me to be solved. Talk about an unintended consequence!

I didn’t have this analogy back then, but I can see that I was constantly noticing the banks of the river and shouting Problem! Problem ahead! Problem over there! These were then problems to be overcome, to be solved, to push against.

Let me contrast that with today.

Today when I encounter a situation I would formerly have labeled a problem or seen as an obstacle, I reframe. I choose to see that so-called problem as the river bank.

I can stay in the flow of the river with my feel-good thoughts. But I will bump up against that river bank every single time if my thoughts are problem-focused and cause me to feel negative emotion.

The third type of resistance is when you go against how you feel.

“You are downstream beings who have trained yourself upstream. It’s no wonder you’re ornery, you are downstream beings. Life is supposed to be easy. Life is supposed to be fun. And that’s why when it isn’t, most of you are throwing little mini fits while you conform with whatever is going on. Let the way you feel be the most important thing.” —Abraham

Don’t you love that phrase: You are downstream beings who have trained yourself upstream. Do you see yourself in that description?

I’m definitely less of that today, but before my obsession with all things Law of Attraction I was fully trained in those upstream ways.

Again, this type of resistance is when you go against how you feel.

And, of course, none of that feels good.

When you resist following your built-in Emotional Guidance System, you are in a state of resistance. That probably sounds pretty obvious when I say it that way, but how often are you doing just that?

I know I used to do that all the time. I had, indeed, trained myself to go upstream. It didn’t feel good. It was a lot of effort. And it definitely made me grumpy.

You’re not happy about it. You’re throwing those little mini fits Abraham mentioned, but as you continue to conform to whatever is going on rather than following what feels good.

And so long as you do that, you downstream being you, well, then you are in a state of resistance.

A fourth type of resistance has to do with: Can or can’t.

This type of resistance revolves around a really simple idea: Are you oriented toward can or can’t? Toward possibility or impossibility. Toward Sure why not or that’s out of the question.

I’ll say it another way: Are your thoughts toward all that’s possible, which fills you with positive anticipation and expectation? Or are your thoughts doubt-filled? I don’t think I can do that, have that, be that.

This type of resistance—the can’t kind—is insidious because it’s self-fulfilling. If your belief is I can’t—and, of course, that causes you to feel negative emotion—then Law of Attraction delivers a matching reality. A reality where you, indeed, can’t.

And then you point to it and say, See, I was right. I can’t.

“A positive mind finds a way it can be done; a negative mind looks for all the ways it can’t be done.” —Napoleon Hill

When you have a positive mind—as in your think thoughts that feel good—the Universe will do the heavy lifting of manifesting.

Often times both these vibrations of I can and I can’t are active in the same person. One minute you’re feeling optimistic and thinking positively about your desire. The next moment you are filled with doubt and feeling so much worry you won’t get what you want.

Have you had that experience? Where you are feeling both I can and I can’t with your thoughts in the same day or the same hour?

It makes me think of this great quote:

“One might as well try to ride two horses moving in different directions, as to try to maintain in equal force two opposing or contradictory sets of desires.” —Robert Collier

I can and I can’t are, indeed, opposing or contradictory sets of desires. And so you are riding two horses moving in different directions, which leaves you with the resistance of feeling stuck and likely exhausted.

Another type of resistance is about control.

Too many of us are delaying or derailing our manifestations because we are micromanaging the Universe. I want this and it needs to happen by this deadline and in exactly this way. In other words, you are in charge, control is the vibration you offer, and you are orchestrating the unfolding of your manifestation.

But that’s what many of us try to do. We don’t get in the flow of what’s unfolding and enjoy the journey of the ride. No, instead we try to steer the river, try to orchestrate every detail of the unfolding of what we want.

The vibration of the type of control I’m describing is low vibe. There’s little to no trust, which means there’s probably some doubt, which is #13 on the emotional scale—more than halfway down. Trying to steer the river often has the vibration of impatience, sometimes worry.

And when you do this, the friction in your vibration is resistance.

Of course, that’s not what you intend.

But this energy of control and micromanage is most definitely resistance, and is the opposite of allowing. Which means rather than usher your manifestation into form, you are actually getting the way. Your attempt to control is not allowing the very thing you are trying to control.

While there are other types of resistance, the five I shared are the most common I encounter in my coaching practice.

Do you have resistance in your vibration because of one of these?

Most of us have heard the expression, Go with the flow. Or perhaps you’ve heard Abraham saying: “Let go of the oars…everything you want is downstream.”

“Everything that we want is downstream… And you don’t have even to turn the boat and paddle downstream, just let go of the oars, the current will carry you. —Abraham