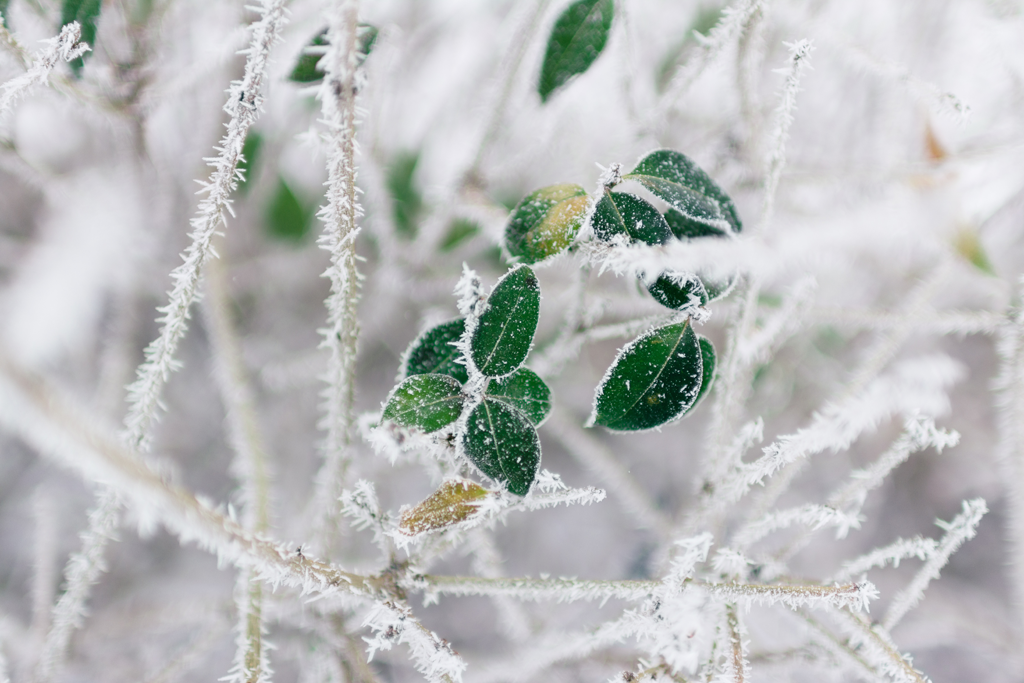 While there are certainly many other resources for learning about Law of Attraction, Abraham continues to be my favorite teachers.

You’ll find me reading or listening to Abraham on a near daily basis. Listening to Abraham is often one of the ways I get in alignment. It’s not surprising I often come across a quote from Abraham that particularly resonates and makes me look at something in my life in a new way.

I’m always asking: How does this apply to my life? How can I use this wisdom to more fully leverage Law of Attraction? How can I manifest with more ease?

I want to share eight Abraham quotes. There’s no particular theme to these quotes other than they’re all from Abraham, they all made a deep impression on me, and they all have a very practical application.

Let’s get started with the first of the eight quotes I can’t stop thinking about.

Oh my! There’s a lot in this one, so let’s unpack.

This is Law of Attraction 101. Your thoughts create your feelings. You are a magnet attracting what you think and feel. Many of us are well versed in this LoA principle.

But what follows might be a new concept. Abraham says “Practice scenarios that feel good and never mind reality. Reality is only a brief moment in time that you keep repeating.”

Guess what most of us are doing?

Does that ring a bell?

You will keep creating more of the same if you don’t practice scenarios that feel good so you change the vibration you offer.

Here’s your takeaway: Take your attention off reality and practice scenarios that feel good.

My coaching clients experience such a difference in their ability to manifest with ease once they master Step 1 of manifesting, which is Ask. Step 1 is not ask repeatedly. It’s not ask over and over. It’s simply Ask.

Because, as Abraham says, when you ask over and over for what you want, you activate the vibration of not having what you want.

Because asking is not receiving. So it’s this simple: If you keep asking repeatedly, you won’t receive.

Here’s your takeaway: Short and simple: Ask and get off it.

“Rest seems like a nice contrast to overwhelment, but enthusiasm is always chosen over rest. The only thing that ever makes you tired or bogs you down is resistance.” —Abraham

Now there’s sometimes conversation as to whether Abraham’s use of the term “overwhelment” is different than our common understanding of overwhelm. I don’t know that it really matters and you can interpret in the way that resonates with you.

I know for me, whether I call it overwhelm or overwhelment, this is about juggling too many balls in the air, feeling stressed there’s too much to do and not enough time, multitasking in an attempt to be more productive and actually being less so, feeling like I don’t know the steps to move forward, overthinking, procrastinating….

I was really struck the first time I encountered this quote, because without even realizing it, I was thinking of rest as the antidote to overwhelm. I thought rest was on one end of the continuum and overwhelm on the other.

When I experienced overwhelment, I wished it would all go away so I could rest, relax, regroup.

Abraham says enthusiasm is always chosen over rest. Enthusiasm, and I would also say engagement, are the real antidote to overwhelment.

I realized often, maybe even always, when I’m overwhelmed, it’s because I’m headed upstream with a To Do list of things I don’t really want to do in the first place. I’m taking misaligned action. I’m efforting my way to make things happen instead of being in alignment and tapping into the flow of the Universe.

Abraham very wisely says it is resistance that makes you tired and bogs you down. You can feel the truth of that, right? When you are efforting your To Do list, you feel tired and exhausted.

You don’t need to take a break to avoid overwhelm. Instead, you need to find enthusiasm and engagement.

“The discipline that we would like you to exercise is to make a decision that nothing is more important than that you feel good, and that you are going to find thoughts that feel better. Your cork floating is the only thing that is worthy of discipline.” —Abraham

My relationship with the word discipline has changed a lot over the years. I used to think discipline was a very good thing. I thought we could all use more of it because discipline is how you get things done and accomplish your goals.

My former relationship with discipline was the dictionary definition, which is: “train oneself to do something in a controlled and habitual way”.

That’s what I knew discipline to mean and be. Train oneself. Controlled. Habitual. Can you say Yikes!? Because those concepts are the opposite of Law of Attraction.

I no longer believe in discipline as a desirable thing. At least not the way the dictionary defines it—and the way most of us are used to living it.

When you do things in a controlled and habitual way, you are not tapped into your Emotional Guidance System. You are not making feeling good your #1 priority. You are probably pushing through, efforting, trying hard, and making yourself do things.

In short, most times being disciplined means you are messing up your vibration.

Does any of that sound familiar? Have you trained yourself to be controlled and habitual—and introduced a bunch of friction in your vibration as a result?

Here’s your takeway: Be disciplined about feeling good. Retrain yourself to do what feels good and give up being controlled and habitual.

Contrast, the great variety of life, clarifies what you want and don’t want, what you like and don’t like.

Contrast comes in all shapes and sizes. The relationship ends. The investment tanks. You don’t get the promotion. The scale says ten more pounds.

It’s tempting to think you want to avoid contrast altogether, but that’s not really the case because you are a growth-seeking Being.

You may not think you’re doing something wrong when you experience contrast, but I doubt you embrace contrast as being on the leading edge. That’s just not the reaction most of us have to contrast.

Instead, we rail against contrast. We wish it weren’t there. We default to thinking if we could only get all our ducks in a row, they would stay that way, and then we could be happy.

But you can be happy, now. Even with your ducks all over the place. Because that is simply contrast.

Abraham is reminding us contrast is inevitable and useful. Contrast is the path by which you clarify what you want and grow and expand.

When you push against contrast—wanting it not to be there, trying to avoid it, and making it mean something has gone wrong—you get bogged down and stuck in contrast instead of being able to use contrast effectively. You squander energy that you could put toward using contrast effectively.

I can tell you from my own experience, when I accept contrast instead of fighting against it and interpreting it as something has gone wrong, it’s amazing what the contrast leads me to. Embracing contrast makes for a much gentler experience and feels so much more empowered.

Here’s your takeaway: Stop trying to avoid contrast and making it mean something has gone wrong. Embrace contrast as inevitable and useful and lean into the clarity it provides about what is wanted.

“People will say, ‘Well, I have to work on my goals,’ or, ‘I have to work on my visualization.’ And we want you to think more about holding the vision because it is pleasurable to hold the vision, not because you’re trying to make the vision work in order to get to some place that you’re not now standing. ‘How much should I work?’ We would say, work in the sense of joyously moving forward.” —Abraham

What if “working” on your goals simple means getting in alignment and taking the inspired action?

Not long ago one of my clients was frustrated about her attempt to visualize what she wanted. She said, I don’t feel like I know how to visualize right. I can’t hold an image in my head of what I want without getting distracted. I’m trying to visualize in all this detail and it’s just not working.

Do you hear the effort in that?

You don’t have to visualize to manifest what you want. Bottom line: It’s not necessary that you practice visualization to make the Law of Attraction work for you.

Some of my clients love to visualize and it’s a highly aligning activity for them. Others don’t enjoy visualization, so they’ve given themselves permission not to do it.

Again, there’s no point in efforting your way forward with goals or visualization or anything really. Efforting is not flow and ultimately won’t attract and manifest what you want.

I love to joyously move forward on various creative projects, including creating episodes of this podcast. My approach is not to work hard, but rather to work joyously. And if, in a particular moment, I cannot work joyously, then I don’t work.

Here’s your takeaway: Shift from working on your goals to joyously moving forward. Notice what that distinction opens up for you.

“Make a decision and then make it right. There just are no wrong decisions. You could go this way, or that way, and either way will eventually get you to where you want to be. But in the moment you start complimenting yourself on the decision you’ve made, in that moment, you come back into vibrational alignment with who-you-really-are.” —Abraham

I love this so much! Because so often we make a decision, and then we certainly don’t compliment ourselves on the decision we’ve made. No, instead we second guess, doubt, kick the tires, keep looking over our shoulder at the other option we could have chosen.

In short: We don’t make a decision and then make it right.

Decisions are only “wrong” when we don’t align with the decision we’ve made.

It doesn’t matter what you choose. But it matters very much, indeed, if you keep vibrating with doubt about your choice.

Abraham says, “There just are no wrong decisions.” I’m not sure I’ve had a client yet who would fully 100% embrace that notion. I’m not even sure I do, but I’m like 98% there. Because I get what Abraham is saying.

Even a so-called “wrong” decision has lessons and growth and new opportunity to offer.

Here’s your takeaway: First, embrace the notion there are no wrong decisions. That alone is incredibly freeing. Second, align with any and all decisions you make.

This is a juicy one!

While this particular quote is about attracting a person, a relationship, it’s true for anything you want to attract. You don’t attract the fulfilling job while hating on the job you currently have.

That’s because you attract circumstances, people, events, situations, and things that match your frequency. What you give is what you receive.

If your vibrational set-point is insecurity and unworthiness, that doesn’t mean you can’t attract a partner. But the partner you attract is going to match up to that vibration.

Abraham perfectly captures what many of us do. From a negative-feeling state, we try to achieve the goal or acquire the shiny penny, thinking then we’ll be happy. We think we’ll be happy when we achieve and acquire, but that’s only true if we were manifesting from that high vibe state.

Law of Attraction 101: We live in a vibrational Universe. Like attracts like. So feel good first to attract what you really want.

Here’s your takeaway: Get happy first.